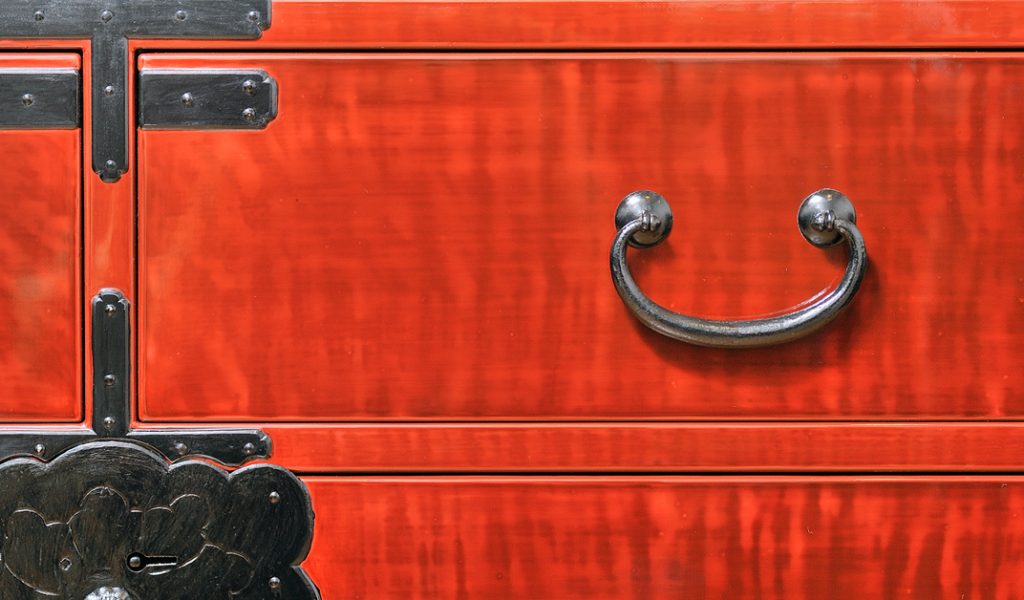 I strongly believe Japanese lacquer is the most luxurious finish.  I don’t think any artificial material can reproduce the richness of it.  Europeans invented a finish called “Japanning” in the nineteenth century to copy Japanese lacquer finish, but it is not at all the same.

Taku Seguchi, our lacquer supplier, is the ninth generation of a lacquer family, but he started applying lacquer on furniture instead of bowls, which requires more skill because of the size.  I would visit him and his son in the afternoon as he does not get up until noon.  He would start working around midnight when all the dust settled and he was not disturbed.

His workshop is near Shimo-Gamo Shrine in Kyoto with a tiny showroom attached to it.  His wife would offer me a cup of coffee after freshly grinding up beans, followed by a fantastic cup of green tea with a little piece of delicious sweet from a well known shop in Kyoto.  Taku would light his cigarette with his hands which were covered in a rash.  Natural lacquer which is tree sap from Urushi tree is highly poisonous and causes a severe rash.  However, neither he nor his son wear any protection.

The production process is painstaking and long.  It takes about three months to finish a chest.  Parts of the piece of furniture are first sanded, taking into consideration the thickness of the yet to be applied cloth, paste and several layers of lacquer, so that the doors and drawers will later fit perfectly and operate smoothly. 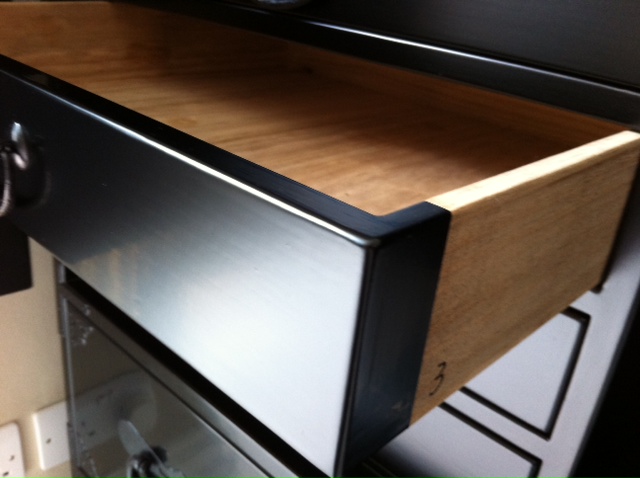 They are then covered with hemp cloth and an undercoating material, which is a paste of clay powder and urushi tree sap (lacquer).  The quality of powder varies from rough to fine depending on the stage.  The paste is applied several times, dried and buffed up by polishing stones of different textures after each application.

After preparation, the piece is lacquered three times with the specified colour.  Each application of lacquer requires the careful preparation of a flat brush made with female hair (preferably from a young virgin girl, it is said) and the mixing and filtering the urushi lacquer which is the best quality in the world.  Once the surface has set, it is buffed up with polishing charcoal.  If a polished finish is desired, the piece is buffed up with a polishing compound.  Then, clear lacquer is applied and wiped off twice followed by buffing each time.

Taku’s signature finish is “Nunome”, which literally means “grain of fabric”, and it  is achieved by the precipitation of pigments.  This is impossible to achieve with industrially made lacquer that often looks like plastic.  The slightly uneven surface created by the hemp cloth and the layers of the clay powder accommodates different amounts of urushi lacquer.  The shu (red) pigment of the high quality lacquer separates and settles at the bottom of the thicker layer of urushi in the hemp cloth indentations.  The pigment in other parts appears brighter, especially after the final buffing and polishing that causes the beautiful texture to emerge.  The colour slowly keeps changing as if they are alive.  The red becomes slightly brighter and settles in about three years. 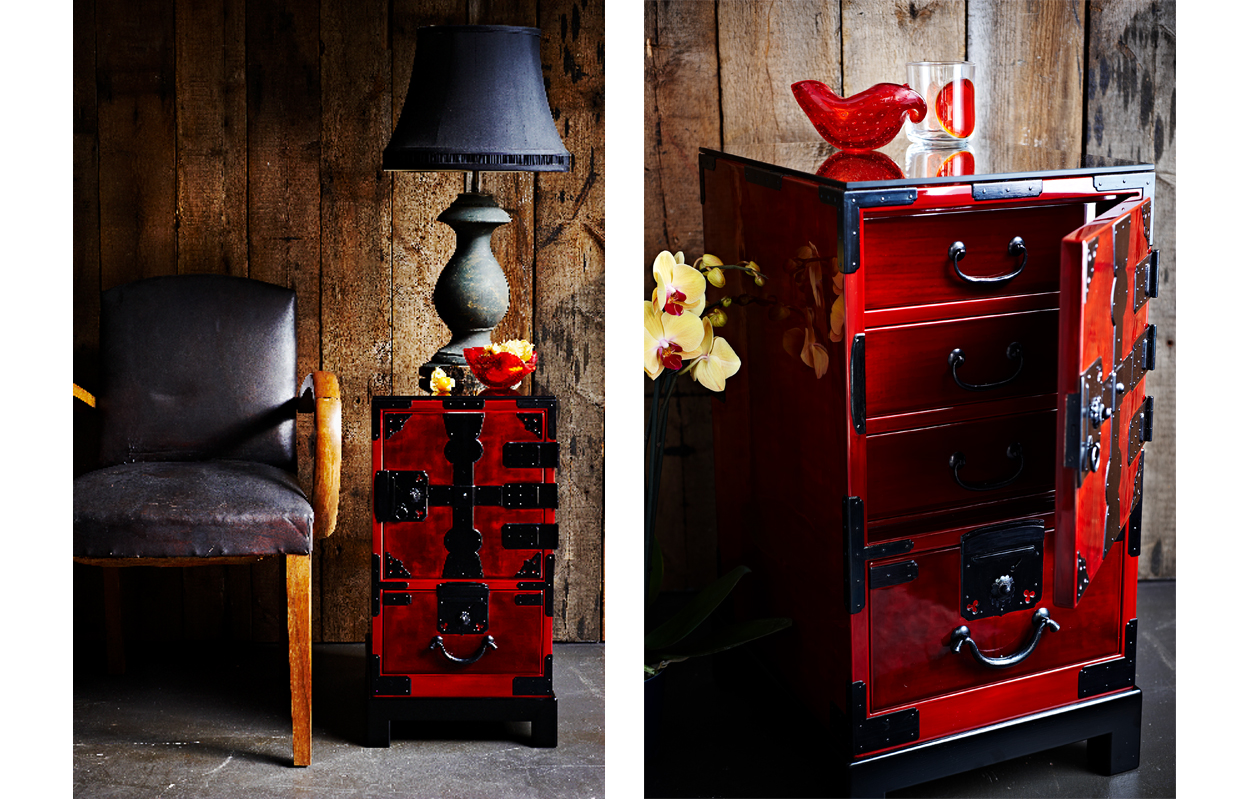 Taku sadly passed away a couple of years ago and his son Ayumu took over to be the tenth generation.  Of course, the quality of work remains high because he has been an apprentice to his father for more than thirty years.  However, he does not have any offspring.