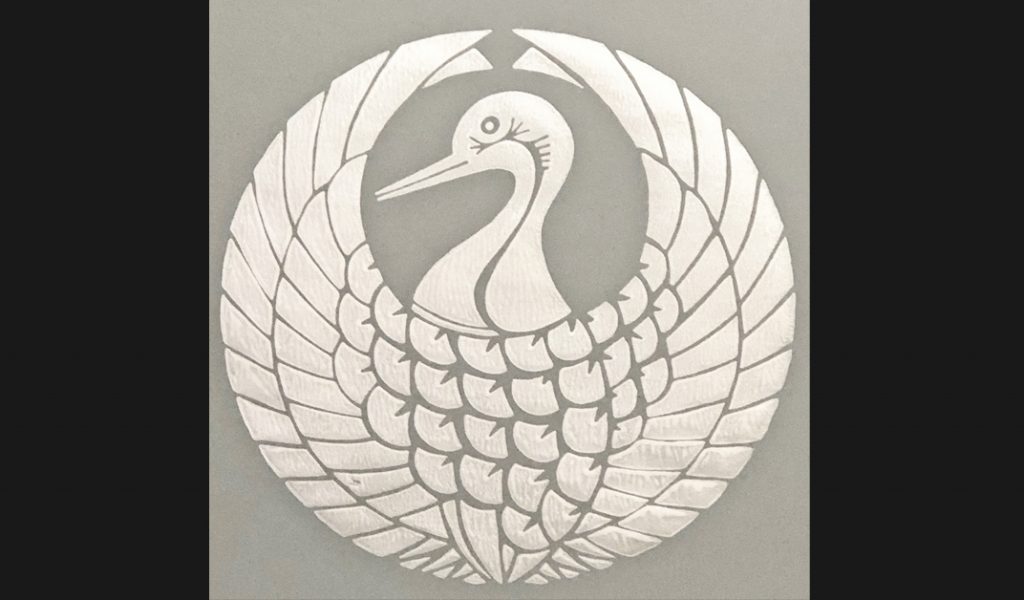 Japanese people are superstitious, most patterns have meanings and were largely created wishing for longevity, good luck, and spiritual power by Buddhism as well as pagans.  Although cherry blossoms are adored by the whole nation, it was not a popular motif because they are ephemeral. You would not certainly choose them as a family crest, would you?

Family crests are similar to the court of arms, as in, they are like family logos.   They were often treated as honour badges and strict rules were applied on who can use which design. While they appeared on banners on battlefields like St George’s, they are also used on formal kimonos, gravestones, interiors and exteriors of the house.  However, Japanese family crests are simple and passed on for generations without any change of designs.  There are no records of the designers’ names who created these crests.  And, probably bad designs were not taken up, yet, there were clearly some very talented graphic designers and I definitely enjoy looking at family crest designs.

PAULOWNIA- The tree which is native to China and Japan is where auspicious birds build their nests.  It is also a useful wooden material; it is light and flexible.  It was made into tansu chests and traditional clogs in Japan.  And, of course, our Woven Wood Wallcoverings are made of Paulownia! 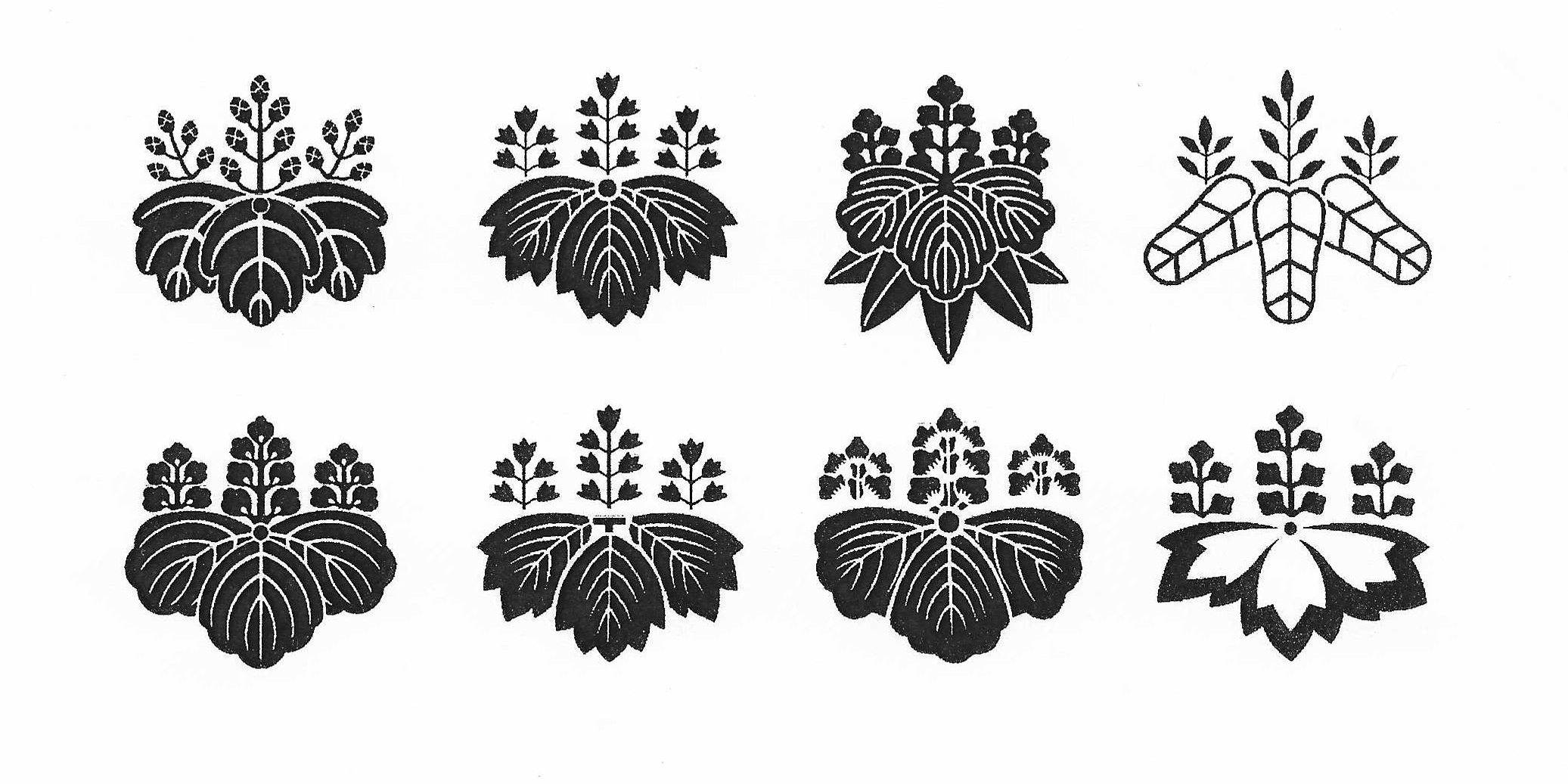 HIDARI-MITSUDOMOE- It is three comma-shaped figures in a circle, to symbolize a whirl of water.  Crests based on the motifs often used by Shinto shrines.  It is said to protect from fires, but for some reason, one of them has been picked up by surfers in the West!

WISTERIA – It was deployed for longevity and fecundity by one of the most powerful aristocratic families in the Heian period whose descendants moved on to samurai clans.  There are some family crests of Peony which were adored for their beauty, however, it stayed within aristocrats! 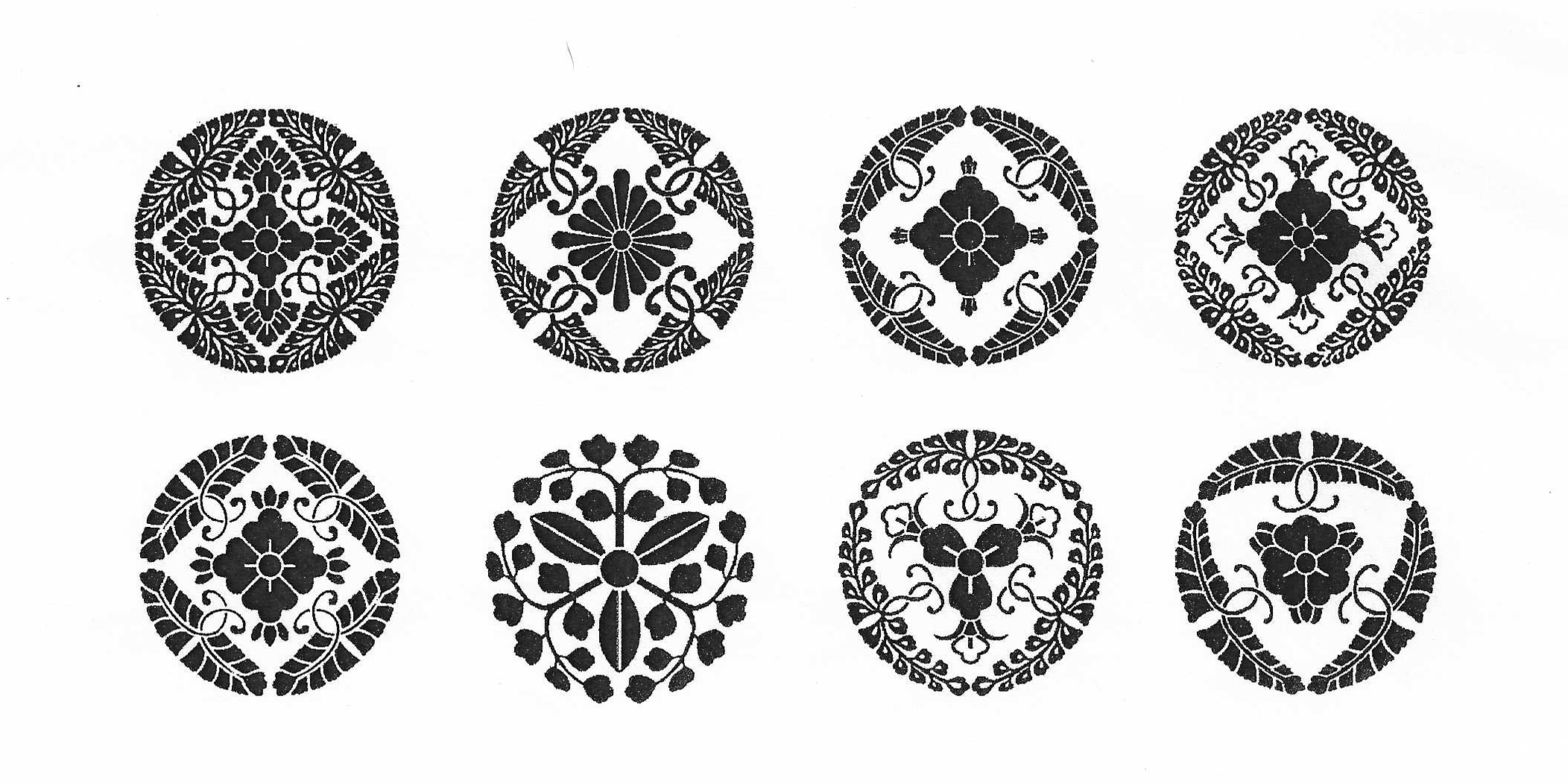 CRANES – It is a symbol of longevity in China, which Japan adopted.  By the way, the crane logo of the Japan Airline was said to be designed by a Japanese American in order to expand their market shares with Americans.  It is pretty obvious where the inspiration came from! 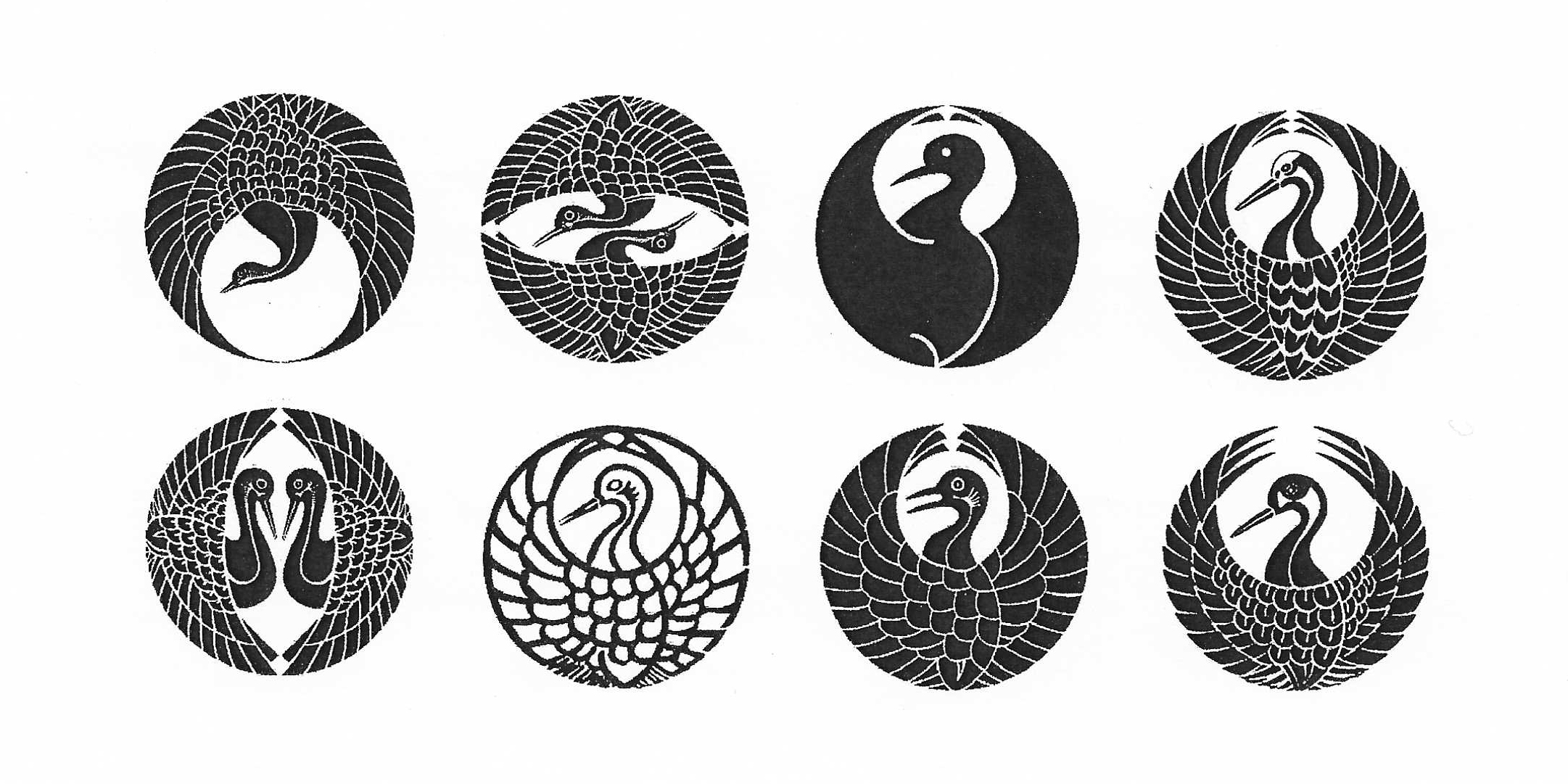 Japan continued to design and develop patterns and motifs for the next thousand years.  Their uses, however, were no longer exclusive to aristocrats or samurai warriors.  Also, they were made into many household items such as hand towels.  Japanese hand towels are similar to tea towels and serve many purposes such as headbands which are often seen on sushi chefs.

The restrictions to the use of traditional patterns started to ease over the years and they spread amongst the population by the Edo period in the 17th century when class divisions were established.  Popular patterns were modified to cater to the liking of each class: aristocrats, temples, samurai, tea ceremony masters and commoners. It is intriguing to see so many variations of one motif.  Samurai and temples favourites are easy to spot; they are normally bold and strong.  Tea ceremony masters, on the other hand, preferred them to be more abstract and delicate.  They are definitely my favourite; they are so sophisticated and contemporary.  They could be adopted for wallpaper designs in the 21st century and nobody will know they were created a few hundreds years ago.  I can see the motifs were tweaked to be received well by the larger population for commoners’ favourites.  And, you can easily imagine aristocrats kept them unchanged for a thousand years. 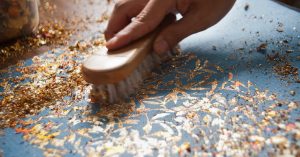 This gorgeous and unique wallpaper is a creation of Gabor Ulveczki, a maestro of gilt art and the craftsmen of