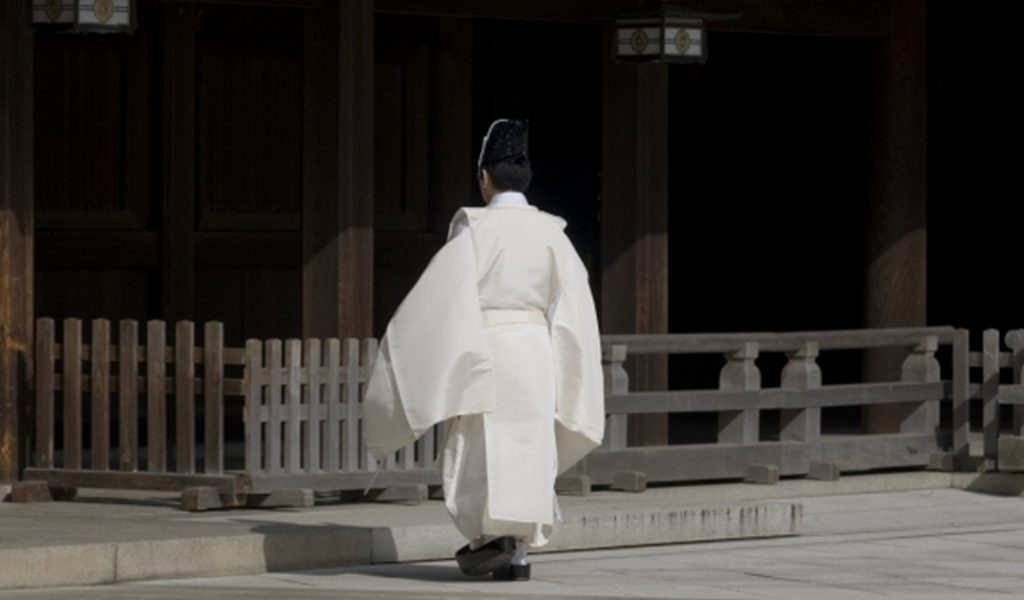 Exotic treasures in Shosoin repository from Egypt, Persia and China inspired the Japanese in the 8th century and they started to create their own.  The capital was moved from Nara to Kyoto in 794 and one of the most elegant and culturally rich periods “Heian” began.  Amongst other cultural movements, a collection of “Yusoku patterns” were developed by the end of the 9th century.  The amazing thing is that some of these patterns are so beautiful and perfect they are still appreciated today.  Not only you can see them in family crests as well as traditional costumes, but they are also seen in soft furnishing fabrics and wallpapers in leading brands in the West.  These patterns were, however, exclusive to aristocrats in the Heian period; only they had permission to use them on their kimono or to decorate interiors.

The culture flourished in the Heian period.  Japan is not known for world-changing innovations, but excels at copying ideas and making them better; Japanese cars, electronics and cameras still dominate the world.  They did the same back then, learning everything coming through the Silk Road, especially China.  It is also interesting to know Japan was not as male dominant!  Heian women were educated and fashion-conscious generating an aesthetic culture including new kimono styles with great sensitivity to colour and season. These developments are still influential in the modern Japanese sense of colours.  I am afraid Heian men were left slightly behind and continued to wear the round-necked Chinese robes of court rank until the 1100s, at which point the Chinese-style robes were elevated to the highest ceremonial wear for the Imperial court. (See the featured image.)

Fashion and culture in the Heian period are well depicted in one of the greatest Japanese classics “Tale of Genji” dated around 1130 by a lady in waiting, Lady Murasaki.  Women wrote quite a few novels and journals in this period, and it is amazing to know how literate they were.  The story is about a playboy prince.  Back then, men would write a love letter to women and go visit her during the night when it was accepted.  As polygamy was the norm, both men and women conducted affairs and took lovers fairly freely during the Heian period. Women were not ashamed of such liaisons. In fact, worldly women were treated with respect.

It is very fortunate that we have brilliant visual references.  The story was also made into many rolls of pictures which show in great detail the style and colours of kimonos and interior decorations of aristocratic houses.

Here are a few patterns that originated in the period.  They are indeed very popular motifs in fabrics, wallpapers, and tiles in Western interiors, though trends come and go.  You may argue the inspirations came from non-Japanese origins, however, surely we can call them Japanese after a thousand years.

Hemp leaf, which is probably one of the most popular geometrical motifs was thought to be a spiritual plant.  It was used for baby clothes as the plant is tough and has a tendency to grow straight up.

Shippo motif is one of our bestsellers in Fine Ornamental Woodwork Panel collection.  Shippo literally means seven treasures which are described in Buddhist scripture: gold, silver, pearls, agate, crystal coral and Lapis Lazuli.  The pattern is so simple and many variations have been designed.

Bishamon Kikko and its variations are extremely popular these days.  A Kikko which consists of three hexagons was derived from a turtle shell.  Turtle is a symbol of longevity in China, which is also believed in Japan.  You may be familiar with the soy sauce brand “Kikko-man”.  Man here literally means ten thousand, which turned lots of numbers.  Bishamon is one of the guardian gods standing on each corner of a Buddhist temple.

Seigaha originated in Egypt and Persia.  It appears in Prince Genji’s costume as he performs a dance.

This gorgeous and unique wallpaper is a creation of Gabor Ulveczki, a maestro of gilt art and the craftsmen of