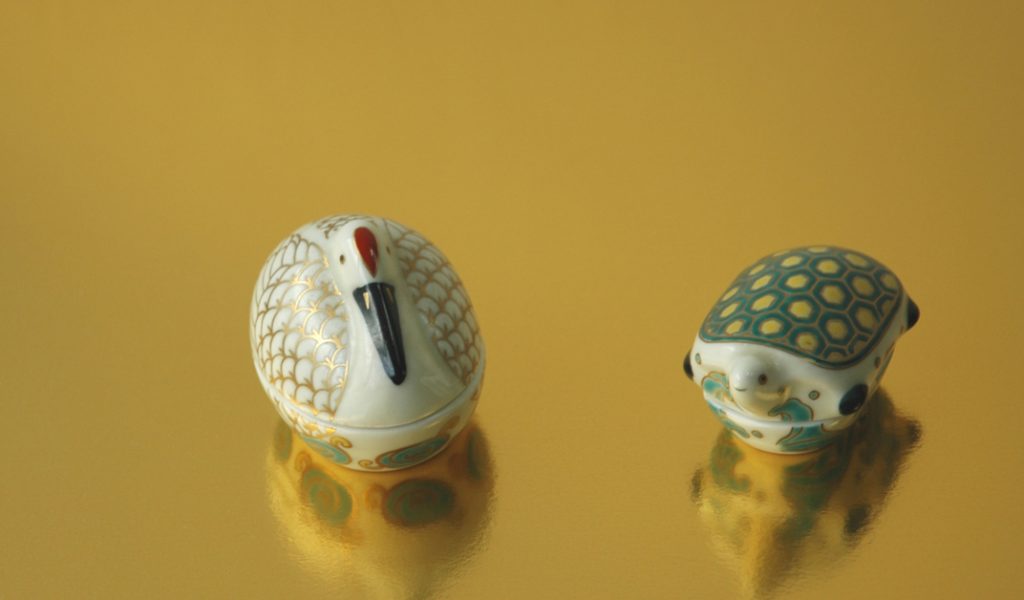 Kaiseki food, tea ceremony sweets and incense are accessible and can be enjoyed by people who don’t practise tea ceremony.  People often don’t even know they are associated with tea ceremony.  However, tea ceremony tools are not that visible if you walk around Kyoto.  It was extremely fortunate that I could peep into the rich culture of tea ceremony in Kyoto during my sourcing trips.

When I was looking for an accessories range for Biden, I visited “Makuzu” by Miyagawa Kousai who was specialised as a potter for tea ceremonies.  While the majority of potters moved to the east out of the city, Makuzu still located in one of the premium spots.  I met with a son of the sixth Miyagawa Kousai (the eleventh generation of the potter family) at their tea house which was beautifully built yet simple following the strict rules of wabi-sabi architecture.  It was, therefore, quite a contrast to see their collection of tools on the floor that was waiting for me.  Designs of tools and accessories for tea ceremony such as tea bowls, water pots, and incense containers (in the feature image) are free from wabi-sabi rules and are an ideal way to show off a tea party host’s wealth.  Makuzu have been well supported by well-heeled customers for centuries.  Their use of rich colours also attracted many fans in Europe as well as in the States in the late 19th century when Japan captured the world’s attention.  Some of their works are collected by British Museum and Boston Museum. 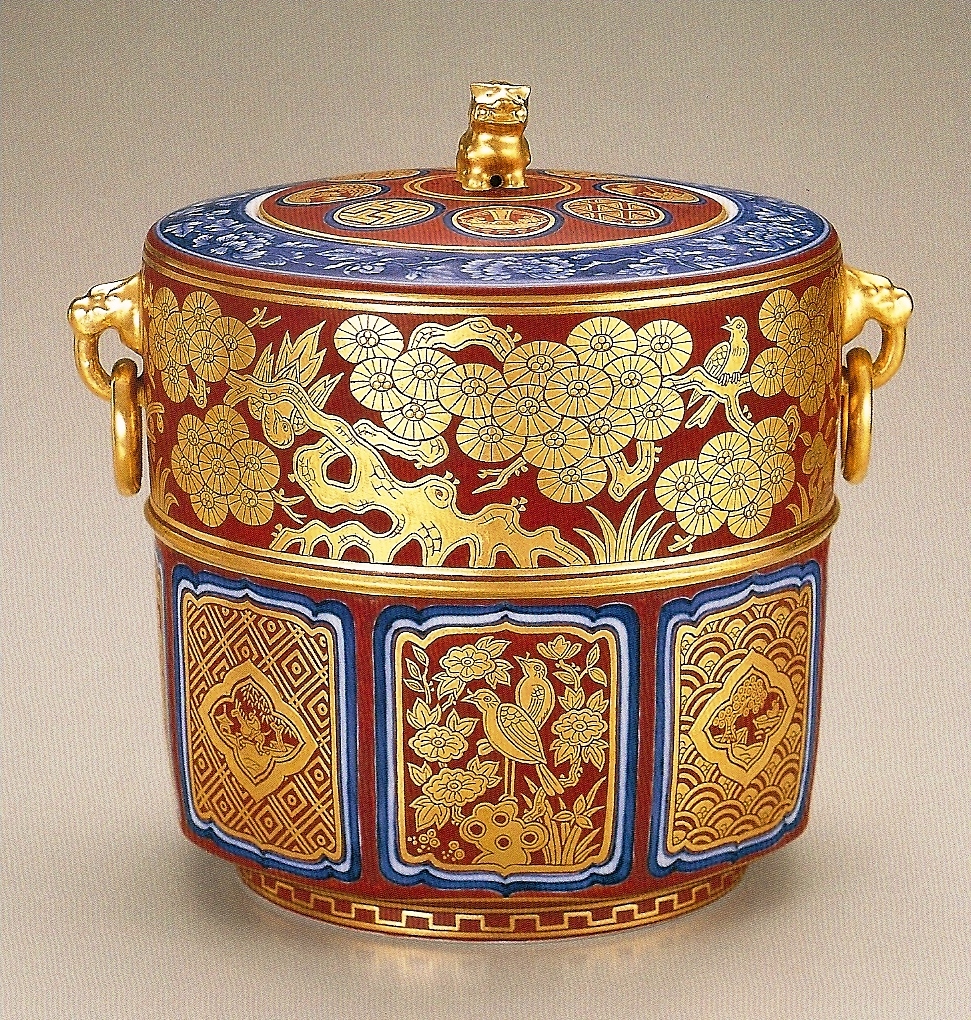 My mind was completely blown away when I visited Uesugi Manju lacquer wear.  They are specialised tiny objects such as tea caddies for the tea ceremony which can be nested in one’s hands.  It was situated on a path not even wide enough for a car, not far from one of the most famous temples in the world “Kiyomizu Temple “.  As a sliding door of a tiny house was opened, there was an extremely steep staircase in front of me and a workshop on the left where a father, son and daughter were working on tatami mats.

We went upstairs and sat down around a low table on tatami mats.  They started spreading a collection of their work one by one.  It took some time as each piece is wrapped carefully with a bright Mikado yellow cloth and in a custom made gift box of paulownia wood.  Boxes show descriptions in beautiful calligraphy and are secured with knitted cord which are tied in a special way.

The details of the artwork were absolutely incredible for such tiny items.  That is what catches your eye.  However, there are fifteen stages even before the artwork is applied.  The son of the family himself was in charge of it.  When lacquer wares were used in everyday life in Japan, there were specialists in each stage of production.  It is a skilled job itself to make a wooden base by hollowing out.  He single handedly does it all himself before his father and sister takes over to add the art work and final lacquer layers.

Japanese people enjoy seasonal changes and like to reflect them in a house. I could see cherry blossoms, irises, chrysanthemums, acers and more in the Uesugi family’s collection of tea caddies.  However, what drew my attention were ghosts and monsters which appear in Japanese folktales; some are comical and even sweet, some are scary.  They were created from their imagination in this tiny studio and all look so alive.

There is no way to introduce little tea caddies and trinkets to Biden’s collection because some of which were worth JPY250,000 (approximately GBP 2,000) or more.  They are one off creations and I cannot afford to buy a collection which is large enough to represent their work.  As we chatted, each item went neatly back to their wooden boxes.  While the Uesugi family are proud of their works of arts and crafts, they don’t advertise or are not keen to sell.  They are very well supported by wealthy tea ceremony practitioners. It was another failed sourcing trip, but I was happy to see so many beautiful pieces of lacquer ware which you cannot normally view.