How To Show Off Wealth in Japanese Way 2 – Tea Party 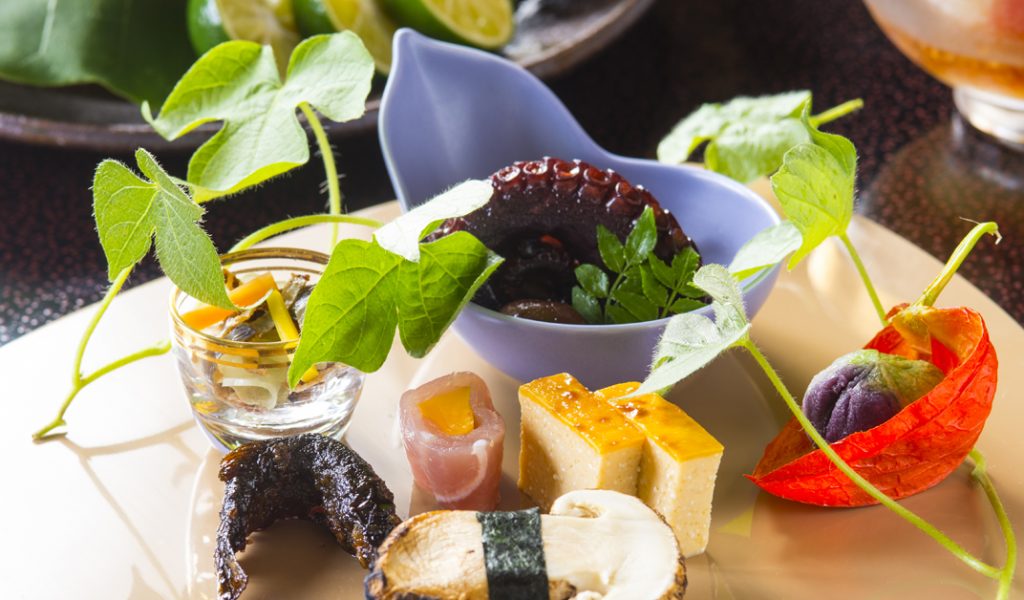 You may associate Japanese traditional culture with simplicity: zen or wabi-sabi.  Zen is a philosophy of Buddhism and wabi-sabi is a principle of tea ceremony which sprang up from Zen, which means solitary, penury and simplicity.  Philosophy lesson done!  All I wanted to say is that Japanese tea ceremony is a zen practice.  Only men, mainly samurai warriors and intellectuals were allowed to practise when it started in the fifteenth century by a zen monk, Rikyu.  However, over the centuries, it has spread amongst the rich, which is true to this day.  It is an expensive hobby which enabled the traditional practices to be passed over.  They would write a thank-you letter for a tea party on a piece of scroll paper with a calligraphy brush even now.

It is rather creative that rich practitioners have found a way to show off their wealth in tea parties called “Cha-Ji” without breaking strict rules set by grand masters.  Tea ceremony indeed enriched a large part of Japanese culture: architecture, food, kimono, pottery, lacquer ware, incense, ironmongery to name a few.  Tourists in Kyoto, even Japanese ones, enjoy them these days probably without being aware of it.

“Tea” is a funny word.  It is often nothing to do with tea.  It is like “low tea” or “high tea”.  When my children were invited for “tea”, it really confused me as I did not know it meant a play date with supper.  Anyway, “Cha-Ji”, literally meaning a tea thing, is more like a formal dinner party.  It takes four to five hours and you are expected to attend in kimono. Invitations are scarce as you need to know someone who owns a tea house or at least a tea ceremony room and know the owner well because he or she can invite only a handful of people to fit in the tea house at a time. 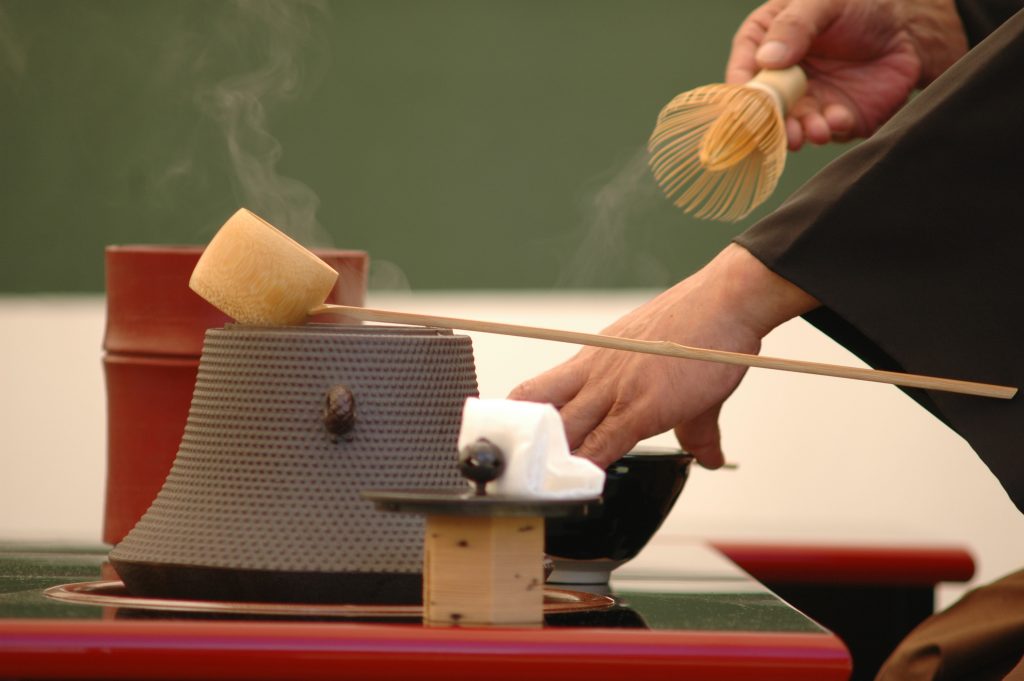 If you are invited, you would enter a tea house through a tiny entrance, half the size of a normal door, the purpose of which is to trick you into feeling that the tiny room is larger than it is.  Remember, there is a space for two or four and a half single mattresses.  After all the guests are seated, a guest of honour would ask the host about a scroll of calligraphy or ink painting on display, which was carefully chosen for the occasion.  It is then followed by another question about a vase underneath the scroll.  A single stem of flower would be normally presented in the vase, but yes, you admire the vase, not the flower.  Guests, or at least the guest of honour should be able to appreciate the collection of the host with knowledge of artists, calligraphers and potters.  Then you would have a look at an iron kettle on the fireplace which is cut out on the floor.  This is all done in a strict order.

As the host prepares the fire, the guests would gather around it.  It might have been practical to keep warm in older days.  Making a fire is a ceremony itself: there is a strict rule even to place each piece of the specially made charcoal.  It is made only of Sawtooth and seven kinds of shapes are combined in a particular way to conduct heat to the kettle.  A little ornate container of incense paste is placed by the fire which slowly releases a scent.  The next step is, of course, to admire the container.

A formal tea party comes with Cha-Kaiseki food and sake.   It is very similar to food served in ryokan inns.   Although the order of serving is different, it is a feast consisting of a dozen courses.  The word “kaiseki” means a stone in the chest which originally comes from zen.  Zen monks were only allowed to eat lunch and they used to keep a warm stone in their chest to ease the sense of hunger.  The meaning of the word had dramatically changed!  And, there is a break even before having “tea”.

The main event is yet to come.  They say food was originally served to enjoy strong tea which may damage your empty stomach.  The tea is called “koi-cha” which literally means thick tea.  It is like fine wine at dinner parties and 100 gram of good koi-cha powder can cost £75.00.  It is served in a bowl of a high rank which is determined by which region it comes from and/or who made it.  It is interesting that they all look simple and humble though they are extremely expensive.  None of them have pretty pictures!  There was a rare bowl which was auctioned at Christies in 2016 for more than £10 million.

The host makes koi-cha in one bowl.  The guest of honour asks the host the name of the tea and where it comes from as well as the sweets while the bowl is passed around.  A bowl of tea is shared between all the guests to enhance the friendship, however, nobody is supposed to talk except for the guest of honour unless you know them very well.

The guest of honour then asks about a tea caddy, a bag for the tea caddy and a teaspoon.  They are tools as well as treasures to show off.  I will talk more about it next time.  It is, then, followed by thinner tea in a bowl of a lower ranking, often with pretty pictures.  Each guest can enjoy a whole bowl of tea this time with a smaller piece of sweet.  The same question must be asked as it is a different set of tools.

“Cha-Ji” tea party is of course to entertain guests with superb bowls of teas.  However, you could easily imagine it is an ideal occasion for the host to show off his or her wealth. 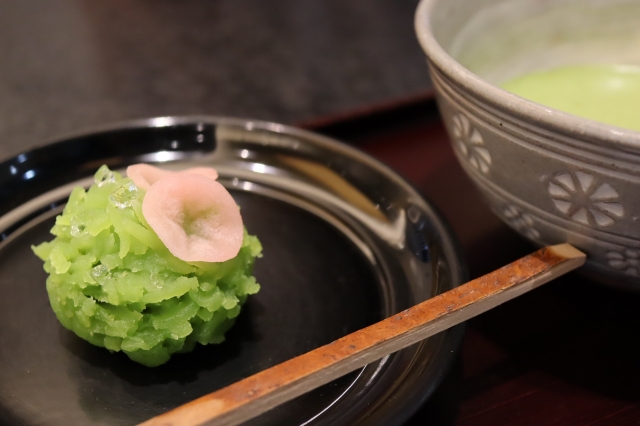