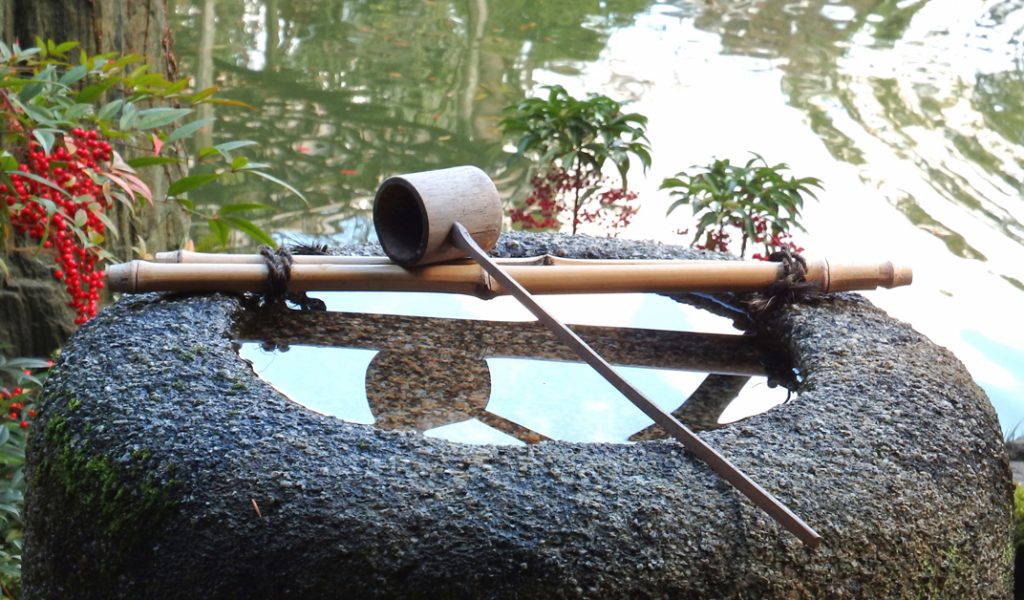 Having walked around and been lost in Kyoto for a few years, I started to see where Biden should be going.  I may be able to edit designs, but was not a product designer at the end of the day.  I stopped looking for products; I decided to become an ambassador of Japanese craftsmen and let interior designers and architects explore with them.  I can promote velvety lacquer finish, not lacquered furniture and incredible weaving techniques and not kimono.

Before Japan was opened up, we had a feudal system under shogun in Edo, present Tokyo.  Each feudal lord would have craftsmen of every kind living near their fortified castles.  Inevitably, craftsmanship under rich lords flourished in the Edo period which stretched nearly three hundred years.  Kyoto was different as it was where the emperors resided.  They were not rich, unfortunately, however, both schools of tea ceremony were based in Kyoto.  They were powerful; whatever the crafts which were associated with tea ceremony thrived even to this day.  I thought that the architecture of tea houses was a great starting point to learn skills and techniques used in ancient interior designs in Japan.  The interiors look simple following strict rules of zen.  However, the simplicity can be cleverly disguised by the rich and even intellectual practice of the tea ceremony.

Tea houses are small and low even by Japanese standards.  Tea house, a variation of  Sukiya zukuri architecture , looks humble, however, the materials are refined and the attention to detail is second to none. It is so compact and small that an exact replica of the oldest tea house by Rikyu in 1582 who established Cha-Do, the tea ceremony, was built within a museum in 2018.  It is often built detached from a main house in a garden to follow the strict rules of Rikyu.  The reception room has two tatami mats which are about the size of  a single mattress.  The exterior looks delicate and even flimsy roofed with wooden tiles. 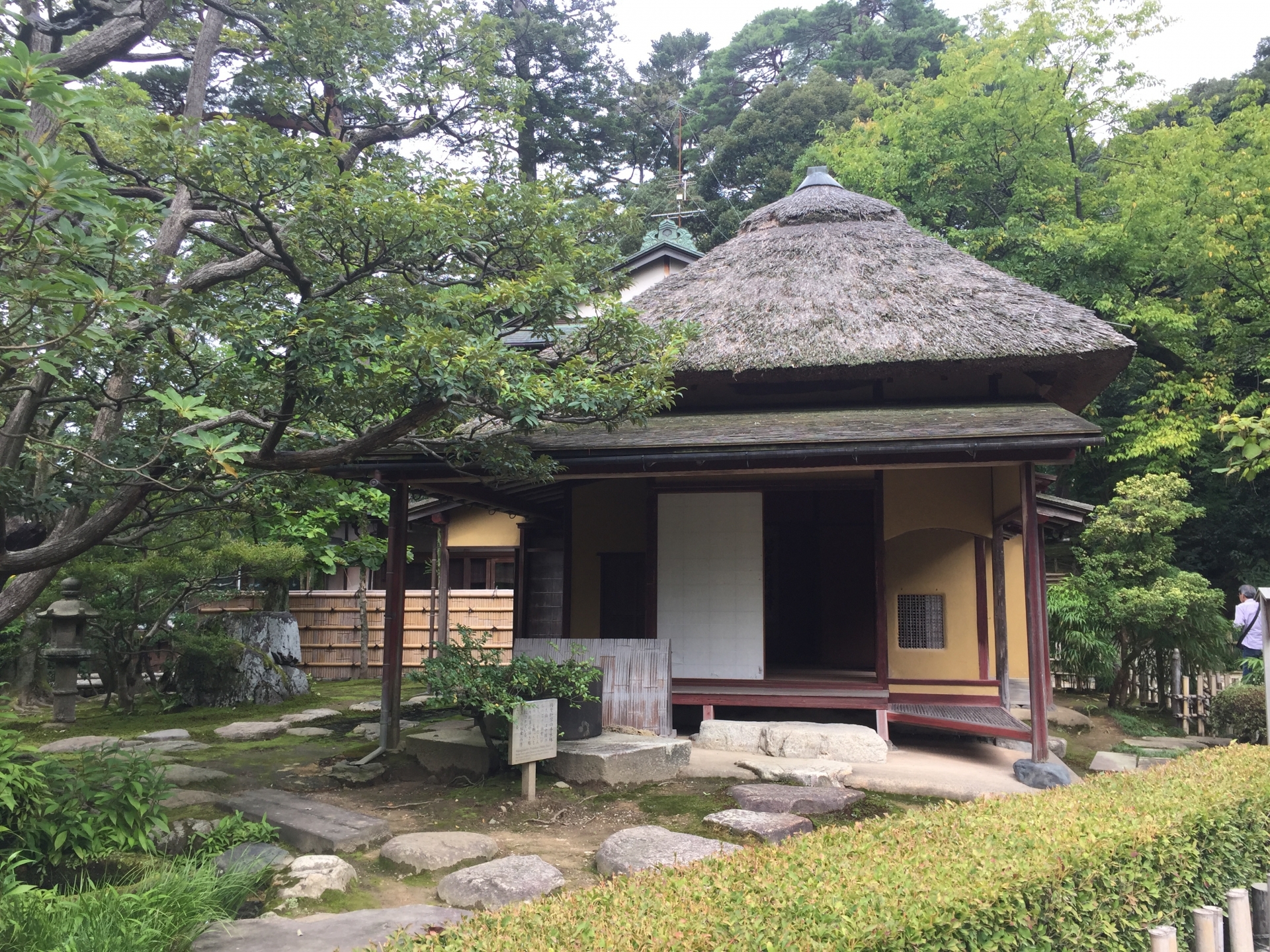 You may have an impression that bamboo products are not expensive.  So did I until I learnt about the tea house architecture although I have a few first grades of tea ceremony.  Many Japanese girls in my generation learn it as a part of upbringing.   My mother’s best friend is a member of a close circle of the last  fifteenth grand master of Ura Sen-Ke school of tea ceremony, but she would give me lessons in a room in her apartment.  Before I reached a high enough level to attend proper tea parties, I moved to New York. 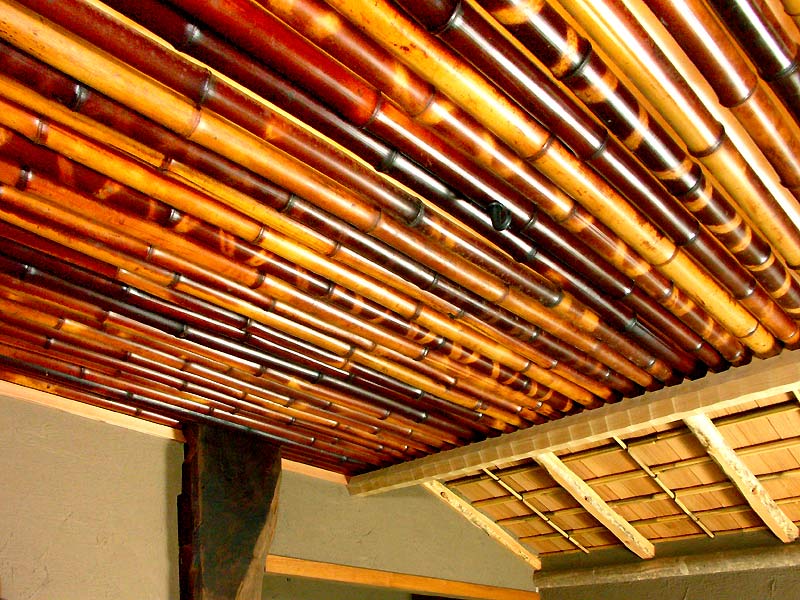 Anyway, tea house architecture has become sophisticated over the centuries and so are the materials and accessories.  I was genuinely shocked to find an ornamental broom for a tea house which is made of fern roots bound on a bamboo stick costs more than £2,000!  Wooden strips, bamboo and reeds are humble natural materials, however, they can be bound, braided, woven often in herringbone to be more ornate.  Suppliers also started growing, dyeing, and smoking the materials to achieve a large variety of designs.  They can clad ceilings and doors; beautiful plant based materials are not only adding textures to the modest interior but also practical and suitable for the delicate look of tea houses.

I experienced a decade of bling bling interiors when Biden started in 2008, which are the polar opposite of tea house architecture.  The style and materials may become popular in the near future.  Who knows?  Chinese adore Japanese traditional architecture which they can adopt. They are busy making up the lost years of cultural revolution.  And, biophilic designs are up on horizon now. 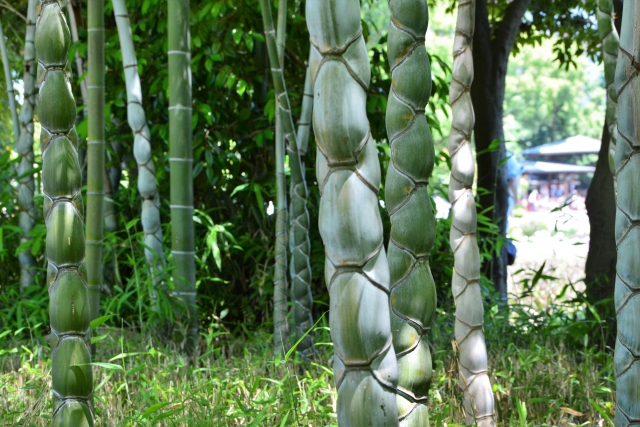